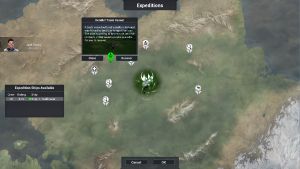 The overworld interface at Hyla's Crescent, with a point of interest highlighted.

The overworld represents the area surrounding your colony. Using the overworld, you can create independent settlements to support your colony and send out expeditions to points of interest.

Settlements are available once you construct the Ark launcher, which allows you to construct settlements in remote areas on the overworld. In order to support them, however, you require colony terminals, each of which can support one remote settlement. Settlements are a decidedly late-game affair, although saving up for them early on can greatly accelerate progress, as with expeditions.

Expeditions are missions your colonists can undertake once the expedition center is constructed (not available at Vanaar in campaign mode). Each vessel assigned to the expedition center (assigned an unique color and callsign) can investigate points of interest around the colony or explore to find new ones. These range from dropping agricultural scanners, through retrieving stranded colonists and cargo pods, to destroying creep nests and confronting splinter colonist groups.

To send out an expedition, open the tab in the lower-right (or hit X, the default hotkey), then clock on a point of interest or target area to dispatch the vessel. Note that some points of interest may be hazardous to investigate and result in injury, death, or contamination for the colony. 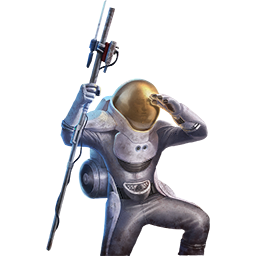 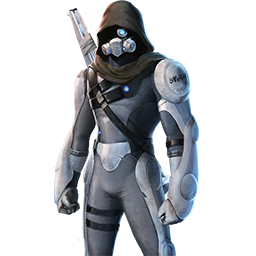 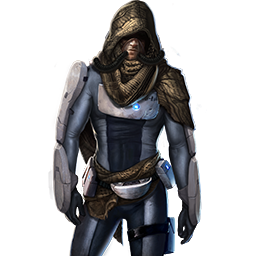